Are you looking for the best chiropractors that care for scoliosis?  The chiropractors at Clear Choice Chiropractic in Battle Ground, WA. are uniquely trained to help. Typically, scoliosis begins as a minor bend in the spine that gradually progresses over a lifetime. A diagnosis of scoliosis is made when the spine curves more than ten degrees to the right or left when a patient is facing the examiner. Once the spine has advanced to more extreme stages of scoliosis there can be severe health consequences.

The good news is that if the bending of the spine is discovered early on, and Chiropractic care is received, it may be prevented from advancing to a debilitating state. This article will give you a brief glimpse into how scoliosis develops and the impact that it has on one’s health. It will also show how scoliosis can be identified, and how chiropractic care in can work to reverse its effects and return your body to full health.

Scoliosis is a bend or curve in the spine where a healthy spine would be completely vertical. The exact origin of the curve is often hard to trace. In the beginning it may be just a small bend caused by a simple misalignment of single vertebrae. Over time the body will begin to compensate, building musculature that will continue to pull the spine into lateral curves in order to ensure that the head remains level.

This misalignment can occur because of postural issues, degenerative diseases, and traumatic accidents. While many cases of scoliosis begin while the body is going through rapid spurts of development, particularly in youth aged 10-12, the condition can also develop in older adults as well. In older people, scoliosis is often caused by degenerative disorders such as osteoporosis.

WHAT ARE THE CONSEQUENCES OF SCOLIOSIS?

If scoliosis and its cause go unchecked it can lead to severe, long-term consequences. Scoliosis is associated with back, neck, shoulder, and buttocks pain. It can lead to re-occurring injuries and has been linked to sciatica. In severe cases it can cause diminished lung and heart capacity, painful menstruation, and physical disability.

HOW IS SCOLIOSIS IDENTIFIED?

Parents, or someone close to the person with scoliosis, are often the first to notice, as the shoulders and pelvis no longer appear level. A physical examination will assess the gait and will use visual and manual examinations to assess the curvature of the spine. An Adams Position Test, which requires the patient to bend forward as far as possible, can indicate whether an issue is present or not. If a noticeable curvature is discovered an x-ray will be used to determine the extent of the scoliosis.

A professional chiropractor is trained to complete a thorough examination that will determine the presence of scoliosis. Once the issue is identified, the chiropractor will perform a full health history to identify any factors that could be contributing to the presence of scoliosis. This assessment helps to determine the appropriate treatment for the particular case.

Published in the January 12, 2006 issue of the scientific journal, Chiropractic & Osteopathy from Australasia, comes a series of case studies documenting chiropractic helping multiple cases of idiopathic scoliosis.  In this report three documented case studies are followed and the results reported after chiropractic care. 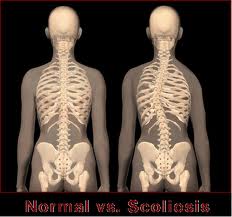 Idiopathic scoliosis is the most prevalent form of scoliosis and occurs to some degree in approximately one half million adolescents in the US.  Scoliosis is a bending or curvature of the spine.  The term idiopathic means that the origin is unknown.

The subjects in this study were noted as having curvatures measuring 35°, 22°, and 37° respectively.  These curvatures were measured using the “Cobb angle” which is a standard technique used to measure the severity of a spinal curve – in degrees – from spinal x-rays.

The chiropractic care consisted of a 12 week period of adjustment and home care treatments. These were followed up by post-treatment x-rays and examinations in order to evaluate the progress. The results were measured using the Cobb angle method and the measurements were compared to the Cobb angles recorded at the beginning of care.

The researchers noted that this study was small, and they said that the findings suggest the need for a larger controlled study.  They concluded, ” Given the perceived results of the cases outlined here, it is worthy of future investigations in such cases.”

If you feel like you have or have been diagnosed with scoliosis please let the doctors at Clear Choice Chiropractic in Battle Ground, WA. help you regain your health.