In the September 2001 issue of the peer reviewed, “Journal of Manipulative and Physiological Therapeutics” comes a case report study titled, “Chiropractic care of a patient with vertebral subluxations and unsuccessful surgery of the cervical spine”.  This was a report of a 55-year-old man who had neck pain along with radiating pain down both arms after unsuccessful cervical (neck) spine surgery. 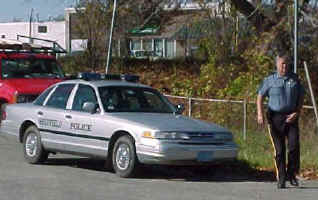 The man’s history was similar to many seen in chiropractic offices. While responding to an auto accident during an ice storm, the 55 year old highway patrolman slipped getting out of his car and fell backward, landing on his upper back and neck  After a few days he began to experience pain in his neck. Two months later he consulted a medical doctor, who referred him to a neurologist. During the neurological examination, the patient experienced a seizure that eventually led to a diagnosis of a tumor of the adrenal gland. Several weeks later, the patient had surgery to excise the tumor which resulted in temporary relief of the neck pain.

He returned to work, and 6 weeks after surgery he began to experience neck pain again, which he described as “sharp,” along with pain, numbness, and tingling in both arms. His condition worsened, for about 6 to 7 months, and he was was referred to a neurosurgeon.  The patient eventually consented to neck surgery, and an anterior cervical diskectomy (disc removal) was performed.

hen he returned to the surgeon for a postsurgery check-up and had continuing complaints, he then asked when the surgeon wanted to see him again. The reply was, “I never want to see you again.” This answer was devastating for the patient, and he assumed that he was destined to live with these problems for life.

adjustments, the patient indicated that his ability to raise his left arm had increased by 50% and that his neck pain and arm complaints were also relieved.  He was astonished and excited by the results of the care he received. Within 2 weeks of starting care he was able to fully abduct his left arm and to loop his belt to his pants.  A year after the onset of chiropractic care, the patient was working on his small ranch performing various odd jobs and has, on occasion, had some problems because of over activity.

This documented and published case is not unfamiliar to chiropractors world wide.  The unique aspect of this case is the fact that it was published in a peer reviewed scientific journal.  The authors of the study summed this situation up with the following;  “This is the first description in the indexed literature of the chiropractic care of a patient with vertebral and sacroiliac subluxations with a history of unsuccessful cervical diskectomy of the cervical spine. In our experience, allopathic (medical) practitioners usually do not offer patients the option of chiropractic care before surgery. Perhaps more rarely is chiropractic care considered a viable option in instances of unsuccessful surgical care.”  It is obvious from this study that chiropractic should have been considered first.