From the April 11, 2002 issues of CNN Interactive and Web MD comes a story about children and colic.  The story has an unusual slant in that there are many medical opinions that 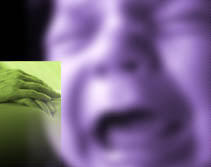 The article quotes Dr. Maxine McMullen, a chiropractor in Davenport, Iowa, and president of the International Chiropractic Association’s Pediatric Council. In it she states, “I’ve helped hundreds of babies with colic, every one of them simply needed a spinal adjustment.”

The article does report on a study that appeared in the peer reviewed journal, the Journal of Manipulative and Physiological Therapeutics. In the study twenty-five randomly selected colicky infants received three to five chiropractic adjustments over two weeks. By the end of that period, diaries kept by parents showed that the babies shortened their daily crying episodes by three hours. In contrast, the crying of 20 infants taking dimethicone decreased by only one hour. In a previous study, published in the journal’s August 1989 issue, researchers tried the same technique on 316 colicky babies and found that their crying soon diminished.

The article seems almost begrudging in their reporting of the chiropractic success with infants with colic.  Several MDs still are skeptical of children receiving chiropractic care. One section of the article tried to explain the results by saying that infants with colic may well be really suffering from back pain, and that the chiropractic care helps the infants by helping the back pain.  Most chiropractors reject this concept and attribute the improvement to a removal of interference in the nervous system known as subluxation.

Despite the negative tone of the medical practitioners interviewed in the article, none could dispute the fact that medical care was generally ineffective while chiropractic helped the infants.