One such proponent is New York-based opera singer Frederick Burchinal who can spend entire evenings bent over in the role of a hunchback.  He expands upon his problems by saying, “They are aches and problems that, if let alone, could escalate into other kinds of illness, in the sinus! flu! stomach problems!”  He continues, “I am much healthier now. Sometimes I go away for two or three months, for work, and I notice I start to feel not at peak performance. Then I have one or two sessions with my chiropractor, and I am right back in form.”

The article also hears from Dr. James Dillard, an M.D., acupuncturist, chiropractor and head of Oxford Health Plans’ alternative medicine program. He says, “There has been a shift.” For a long time, the medical establishment “wanted chiropractic to go away.”  “Now, the demand is so loud that HMOs and PPOs and other convoluted arrangements under managed care are recognizing that they must provide coverage.” In fact, says Dillard, “States with insurance equality [laws] actually require third-party payers not to discriminate against chiropractors.”

The article suggests that it is the patient responses that have actually gotten the medical and insurance community to be more responsive to chiropractic.  The article also suggests that one of the reasons is, “Chiropractors seem more caring, as a group, than many traditional, time-pressed doctors.” Additionally the article reports that among a group of workers with back-related injuries, those who saw chiropractors paid about a tenth as much and lost a tenth of the workdays as those who went to medical doctors. They also reported on other published studies from 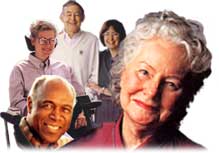 1997 to 2001 that showed chiropractic helps tension and migraine headaches and ear infections. In a Minnesota study, children with asthma had fewer severe attacks after regular adjustments. The results are that 30 million people seek some form of chiropractic care each year.

Chiropractic is even finding its way into hospital programs.  John Weeks, a complementary medicine expert who works with insurance companies says, “These days, chiropractic is key — the backbone, in fact — to many of the 125 hospital-based integrative medicine programs up and running in 2001. Finding a way to successfully integrate chiropractic” into hospital programs like Beth Israel’s is “critical” in making them work financially.”